Previous Post: Personal Change – Key Steps to Create Lasting Change
Next Post: Using the End of the Year to Plan for Personal Growth in 2023 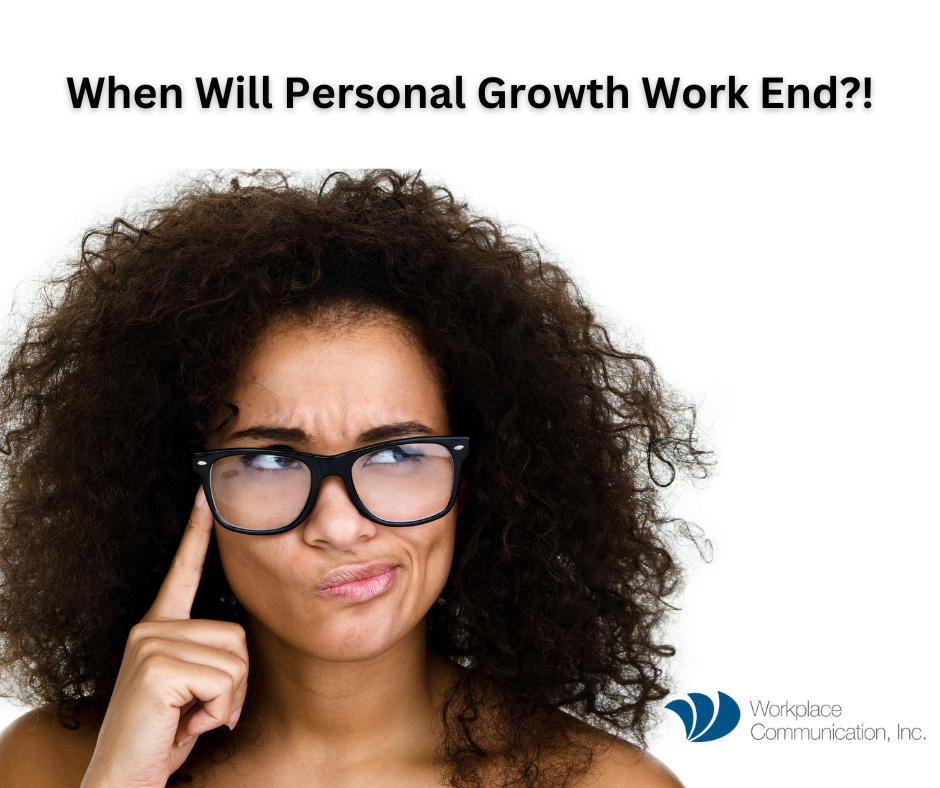 After making dramatic improvements in my life over the years, one begins to wonder if it will ever end! During the last 35 years, I have radically improved my self-esteem and developed a confidence that has allowed me to do the work which I do. I have learned a lot along the journey and my ability to communicate has improved relationships. After all that work, I must be perfect, right? No, not even close! Occasionally, something will occur that reminds me that like all of us, I am a work in progress. It reminds me that I need to pause and assess what still needs to be accomplished! This happened recently, and as usually happens, people were brought into my life that helped me continue my journey.

I have been working with an international team that met last month in Boston. People from all over the world gathered with individuals from UK, Canada, India, Belgium, France, and many states around the US. Many of these people had not met in person and although we worked remotely via Teams, meeting in person was amazing. One of the people whom I met for the first time in person was Dan Pedrazas. He had recently joined the company and we were introduced remotely. During our first conversation he mentioned he has 10 bad days a year. TEN Bad days! I immediately thought, “Wow.” As we talked, I began to see that his attitude was one that pointed out positives in a situation.

That brings us to the situation that brought him to mind. The week following our meeting in Boston, I was flying to Virginia to speak at a SHRM meeting. My flight left Rochester late and the pilot announced that the headwinds were strong, and we would be late arriving. As we approached the runway to land, my American Airlines App stated that my next flight was boarding. I spoke with the flight attendant who said my next gate was not far. I inquired, “Will I make my flight?” To which she responded, “I don’t know.”

I rushed off the plane and ran to the gate. When I approached, a large message “Flight Closed” was visible. I told the man at the gate that I ran the whole way, and the plane was still there. Ironically, I arrived 14 minutes before the flight left and it closed 1 before I arrived. He responded that the gate was closed and there was nothing he could do. He rebooked me later and I left frustrated. He told me the flight left from B13, so I went to that gate to wait. I pulled out my computer and started to work. When the destination did not change, I checked my boarding pass and saw that my flight was leaving from D13, not B13! In my frustration, I must have misinterpreted what he said. I packed everything up and went to the next gate, but not without stopping at the American Airlines customer service to tell the attendant how unhappy I was! When I arrived at D13, it too, did not have my destination so I inquired, “Is this the correct gate to Norfolk?” The attendant replied, “Yes, until further notice!”

As I sat angry and frustrated, I started thinking about how the time change would mean having to deal with the massive traffic in the Norfolk tunnel and being late meeting my other party. In that moment, Dan Pedrazas came to mind, and I thought of what had transpired. Yes, it was frustrating that I missed the flight but how was I making the situation more difficult? And why did I feel the need to tell the customer service representative how frustrated I was as if she could rectify the situation. I took time to see what was in my control and what was not, and my attitude was definitely in my control.

That wisdom was short-lived and fast forward, to my arrival in Norfolk, I immediately went to obtain my rental car and was told they had no full-size vehicles available although I had one reserved. My frustration again rose. When another agent arrived at the rental desk, he inquired how my day had been and I let him know it had been “Horrible.” I then went to retrieve my luggage and encountered Bill in the American Airlines office, and he could see I was frustrated. I was going through my purse looking for my baggage claim, when Bill, the agent, said in a calm tone, “Relax, we got this. I can find it with your boarding pass.” He walked me out and found my bag and sent me on my way. I took the opportunity to return to let the rental car agent know that although my day was frustrating, it was not horrible, and I was very lucky. She smiled and I was on my way. I met my party and had a great dinner. As I reflected on the day, I noted that my attitude had so much to do with how my day went, and my attitude was the one thing in my control. The first step to changing and having a better attitude or reaction is to look in the mirror and evaluate ourselves. This will be one of my new goals for 2023! 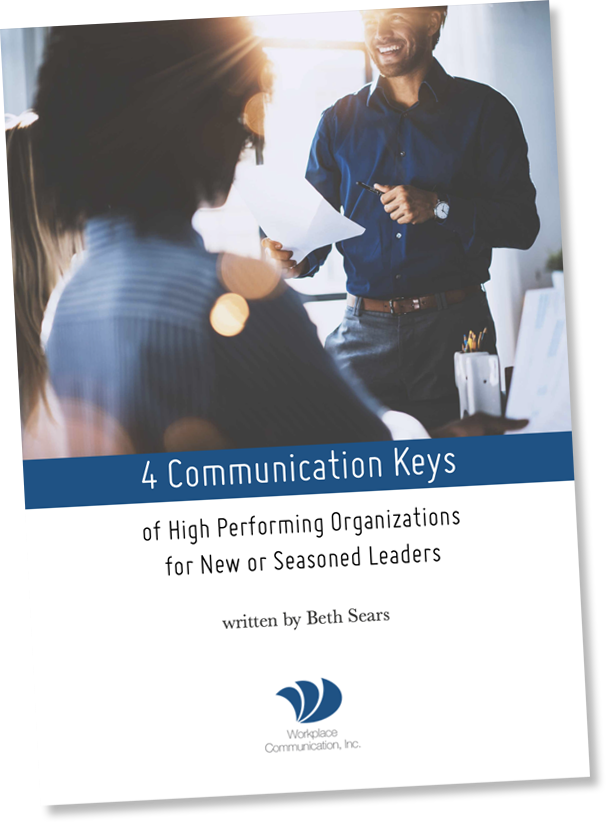 Whether new to the position or having done it for a while, a leadership role takes a shift in perspective and skills to create followers. Through communication, this book will outline foundational skills to align your people with your vision by creating an engaged high-trust team. This expertise will reduce turnover and help to create a sustainable, profitable organization.
Get the eBook!
Let’s work together
Find out how Beth can help you and your organization achieve extraordinary results.
Contact Beth
Our latest blog posts
Changing Relationships Starts with You!
January 17, 2023Beth Sears : Accountability | Communication | Honesty | Leadership | Trust : employee engagement | mindset | relationships
When we look at the relationships in our life, it is easy to focus on what the other person is doing that is annoying. The...
How Mindset Affects Your Life
January 5, 2023Beth Sears : Communication : mindset
Mindset is how we see and organize the world around us. This mental framework of the world is a combination of our values and experiences...
Using the End of the Year to Plan for Personal Growth in 2023
December 13, 2022Beth Sears : Compassion : 2023 | goals | workplacecommunication
Waiting until the beginning of a year to make plans is not the best way to grow. Using the last few weeks of the year...
See All Posts
Stay connected to Beth for High Impact Results.
Tap into Beth’s expertise with high impact insights delivered to your inbox monthly. You will receive stimulating communication strategies to positively impact results.